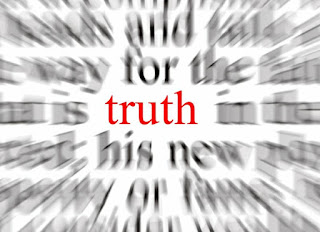 I really want to write about newbies. We are still fairly new, at just at one year in the LS. However, new-new-newbies are my favorite. I will save this for another day.

Today, I am blogging “the rest of the story”.

My husband and I had to take a weekend getaway to help my niece move into her college dorm. During this time, the guy from the coffee shop went to Hawaii. Let’s call the coffee shop dude “John.” I. Freaking. LOVE. Hawaii. It is my favorite place on earth. John sent me pictures while he was there; knowing this tidbit of information about me. One of them was a full-frontal nude. HOT! I knew I had to tell Mr. Cajun that he existed. If he saw me texting him, he would think I was cheating. And I wasn’t. Yet. I mean, texting a guy is not an affair, and having a normal lunch with him…at his house…with no one there was not an affair. We weren’t physical at this time. So, I was certain there was no affair.

“Aren’t these pictures gorgeous, baby?” I ask him, showing him the most beautiful water ever.

He looked at me sideways and slowly replied, “yeeeeessssss?” Who sent those?

I knew he’d seen a name he did not know, on the text over the photo. “It’s John,” I say nonchalantly, as if he should know who that was.

He looks at me, waiting for more info.

“You know, baby! I told you about the guy I met at the coffee shop a couple of weeks ago! You must not listen when I talk to you!” I am getting a little louder and more insistent. And believable. I NEVER LIE. It is my pet peeve. Respect me enough to shoot me straight. He knows this about me. So, he assumes…I would never lie.

He apologized for not remembering and we discussed John, how we’d met, and why I texted him at all. I told him that I had just started texting him to tell him thank you for the compliment. But, I enjoyed that short chat so much that I kept texting! I could see that he was not happy about this. I asked him if he wanted me to stop talking to him. He said no. He was fine with it.

And here we are, on the threshold of a legitimate affair, with communication broken. I was afraid to tell him how I felt. I could tell this stranger, but not my husband, that I did not want to leave but still felt trapped. I loved my family, but wanted more life out of my life. These things would crush his heart. I knew that it would. I had to keep it all in! I can’t tell him that John is just an escape for me. He doesn’t talk to me about bills, kids, mortgages, projects due….. He talks to me, about me! We talk about ourselves and our dreams, our fantasies. It is the easiest conversation I have. He is my reprieve.

He can’t tell me that hearing me talk about another man is killing him. That he hates hearing “John” roll off of my tongue. He can’t risk upsetting me. He can tell I have not been myself lately. He has noticed the last 6 or 8 months, I have been distant, less affectionate, and even sad. He does not want to add to those negative emotions by putting his selfish need for me to not speak to anyone else over the fact that I seem to enjoy talking to this man. He holds it in, hoping that I’ll get bored with it quickly, like I do most things.

But, as history would show, I don’t get bored. I get more intense. Phone calls start to occur. Lunches at his condo happen more and more. And during this time, we became physical. Not full on sex physical. But physical enough. It was fun. It was a break. It was hard. Hard to freaking do.

It didn’t last long. Two months, maybe. I could not do it anymore. I could not look at him and lie. Late one night, after arriving home from a dance recital for our baby girl, I had an entire bottle of wine. I took an Ambien and I told him everything. Ambien is a truth serum. Alcohol makes you brave. The two together make you tell your husband you are having an affair.

He cried. I cried. He asked me a million questions. I answered all of them. I had to fight to stay awake with him. But I did all night long. We talked all night long. He cancelled his meetings for the next day and stayed home. We talked more. For the first time in our relationship, we were completely, brutally honest. It was so hard to hear what he said. It was so hard to tell him what I had to tell him and what I was feeling and thinking, leading up to this. This was the most difficult day of our life together. We both drug ourselves through the evening with our kids and passed out without speaking of the affair for the remainder of the night.

The next few weeks were terrible. And it was the holidays. We had to put our best faces on for our kids and our families. But, when the doors were closed, it was ugly. We weren’t fighting. We were just talking. The feelings and heaviness under which the communications were exchanged were barely tolerable. I was so sad. Broken, as was he.

I know I am the problem here. He was the victim. I am not complaining about having to deal with the mess I made. I am saying that I was the victim of numerous affairs by my first husband. Some were my “friends.” That feeling did not hurt as bad as watching my husband struggle to make it through the hurt that I caused. I don’t recall much of what I did during this time, which shows me my focus was on him. He tells me that I was very agreeable. I never did anything to upset him. I protected him from kid and house drama. I absorbed all of the problems and negativity in our environment, so he could deal with the negativity in his heart.

I do remember answering every question he posed, honestly. No matter what he asked, I did not complain about the question, I just told him the truth. Sometimes I did ask if he really wanted to know something, like when he would ask details about sexual acts. If he said he did, I described in as much detail as he wanted. That was the key. 100% honesty.

This is what led up to the question that threw us into the lifestyle.

Now that we told each other everything, we started to want to learn more about each other. One night, during our bath, he asked me this question: “Do you have a sexual fantasy?” He had never asked me that. As a matter of fact, I don’t think anyone had ever asked me that. I smiled and blushed….”Maybe”, I mumbled. “What is it?”…and told him I didn’t think he would really want to know. He told me he really did. So, I told him that my fantasy was to have sex with two guys. I wanted to be the queen for a night. I wanted to be blindfolded. I wanted it to be hot.

Guess what my crazy-ass husband did!

The Reality of Regret 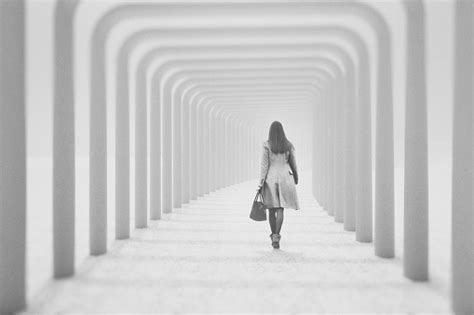 Where did you go? Well, I let the environment affect me. I live in Southeast Louisiana. We seem to, for the most part, do things a little different here. There are people here who spew hate every chance they get. But, overall, this community is one of acceptance, while judgement falls by the wayside like junk Mardi Beads at Endymion. Work is grueling and Covid doubled down on that. My industry boomed when everyone else’s was shutting down. Work went from 50-60 hours a week to 80-90 hours a week. I found little time to decompress and absolutely no where to do that. My normal escape from the everyday stress of life and work was the lifestyle. Not like sex therapy where I would have someone pound away on me, beating the stress out of me. But, hanging out with open-minded people where the topics of life that often add to the weight of the world are usually off limits – work, kids, family, politics…. I would say religion, but that was OFTEN a topic of conversation. Crazy, I know. Th
Read more 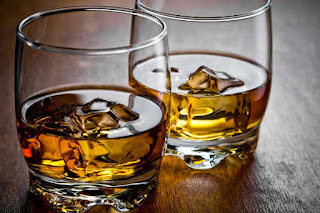 First, let me say a big, "Thank you" to everyone that has reached out with a "great blog" or constructive criticism. I sincerely appreciate the love and am so happy that our story has hit home with so many. You feel all alone in your situation sometimes. Truth be told, we are all human and fallible. Faith in something greater than yourself, grace for those fail, patience for the process, and love for each other is what gets us through the ugly. Speaking of ugly, we had some ugly to get through. Part of Mr. Cajun's struggle was the unknown. At any time during any random day a thought would pop in his head and it was like a worm hole to hell. His imagination would get the best of him. I could take one look at him and know he had gone to what we began referring to as "a bad place." His mind had him watching John and I interact with each other. He would see very graphic images of the two of us on his bed. It was terrible. Crazy how the fear of the un
Read more

Hi. My name is Sara. And I am an MFM advocate. 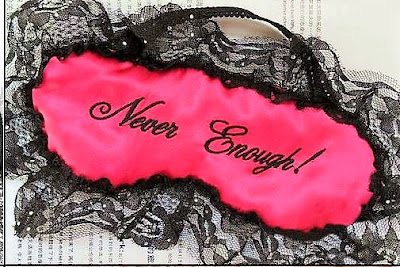 Where did I leave off.... Oh, right. The blindfold. Darkness. It was a helluva night. Mr. Cajun and John are the bosses at making a woman lose her shit in a good way.   While, this is a sexy blog I'm not typing a play-by-play with intimate details. That's out of my comfort zone. I will give you the gist: Once the blindfold was in place, my comfort level skyrocketed. I was totally about to bolt just before they covered my eyes. Standing there in the kitchen with these two, listening to them talk like old friends, trying to hear what they said over the "get the fuck out of here you crazy ass woman" that was screaming in my head, and trying to at least look relaxed was making me a basket case. BUT, the blindfold fixed all of that. Depriving me of my sight quieted my mind. It also improved my ability to feel, smell, taste, and hear.  Mr. Cajun and I stood there in the kitchen for another minute or so, kissing. John was standing behind me rubbing my back
Read more