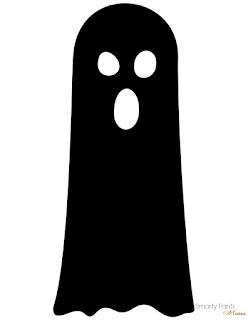 Pete is the shopper. In other words, he surfs the sites, fields incoming messages, and sets up our activities. He'll show me a couple and I usually assign them into one of three categories:
1. Um, NOPE.   2. I have to meet them.   3. Fuck, YES. I realize many people out there will meet anyone. However, I have to see myself kissing someone in my head. If I can't conjure up this image, the first category is appropriate.

This couple: fake named Penelope and Kade, were in the second category. I needed to meet them. We kik'd them for a week or so. The conversation flowed really well. Excitement was growing for me as I really enjoyed chatting with them. They live about an hour an a half from us. We picked a meeting place for dinner at a restaurant in small town about the halfway mark.

Dinner was beautiful. We thoroughly enjoyed ourselves. I was very happy to have met them. They were much more attractive in real life than in their photos. (Side note, this happens to us more often than not). He was funny. She was witty. We laughed for the better part of two hours. Leaving the restaurant, the conversation continued for another 20 minutes in the parking lot. Hugs and kisses goodbye and we rolled out with plans for a second date in New Orleans two weeks later.

Over the next few weeks, we chatted every couple of days. We cemented our plans, booked our hotel room, and I went shopping. This was going to be a dinner/bar-hopping/play date. I had to have an outfit that would work for both a nice restaurant and the bars in the Quarter.

About an hour prior to our date, Kade hit us up with some bad news: Penelope was not feeling well and they were thinking they would have to reschedule. ahhh fuck.

I'm sure a lot of people reading this have been in a boat similar to this. Planning a night away isn't like running an errand. We have to find a date that we don't have vanilla plans, find a sitter, deal with our dogs, and still squeeze weekend chores into the two days that we have opted to fill with adult time. We decided to go to the city anyway. Except in lieu of bar hopping, we would just go to Colette's. (See Open Love 101 in my favorite sites on this blog.) This would be our second trip there.

On our first trip to Colette's, Pete and I went alone with no plans of meeting anyone there. We'd heard stories about the club. I heard not to make eye contact, as this was a signal you were DTF. Let me just say, that is bullshit. We met a really nice couple there fake named Henry and Michelle. They are regulars. Pete and I spent most of the night chatting and dancing with them. Henry knew everyone. He filled us in on the ins and outs of the club and what it is like to party there frequently.

It was so liberating to NOT have to worry about PDA. I am never big on big shows of sexy affection. At Colette's, that all goes out of the window and I can do whatever I want to my husband and he to me. At vanilla clubs, I am frequently hit on and guys tend to be douche-like in their approach. Not Colette's. The men are respectful, or they know they will have to leave. The DJ spins really good music. The bartenders know their shit. And since you are bringing your own liquor, outside of the cover and tips, you won't be spending a boat load of cash on drinks. I have not been in the LS long enough to have travelled to other clubs, but I will say I love Colette's.

Back to my story. We were excited to go to Colette's and to stay in the Quarter for the night. We hit up Grace and Steve and they were able to cancel plans and join us. We met at the club and started partying.

We'd been eyeing this couple on Kasidie. Thanks to the Rendezvous feature on the site, we realized they would be there that night, as well. We sent them a message through the site and they responded with their kik. We messaged him and let him know we had made it. He and his wife were almost there and they had another couple with them. He gave us their screen name and Pete informed me they had been on his list of couples to show me. It was going to be a great night!

Well, then Grace's ex husband showed up to Colette's. Come to find out, the new wife is an exhibitionist and despite the fact they had the kids that weekend, they were there. With us. *facepalm* Grace's ex-husband corned Steve and somehow managed to keep him pinned at the bar all damn night. I'll just say this was not a good situation and leave it at that.

Despite multiple efforts to leave the ex-husband, Steve was unsuccessful. I even worked into the conversation that he had stolen my date. After about an hour, Steve and Grace left pretty pissed at this man's ability to spoil a night.

The other two couples showed up and made their way over to us. They were NOT more attractive than their photos. One couple had only posted pictures of the wife. Upon meeting the husband, it was pretty obvious why. Personality was his thing. Putting his best self out there was not. He was sloppily dressed, not even close to HWP, and just an overall mess. She was, of course, gorgeous. They did not match, not even a little.

The second couple was 10 years older and 50 pounds heavier than their pictures. We were pleasant and chatted with them, danced a bit, and got ready to head to our hotel for some serious husband/wife fuckery. Before we left, Kade texted and clued us in on Penelope's sickness. Apparently, she was hungover. They had gone out the night before with this crew, we had just met, and she'd gotten pretty shitfaced. She was paying for it today, which is why they cancelled on us.

A week or so later, Pete and Kade were having a Kik conversation and Pete asked him why their pictures of Penelope on their Kasidie profile were gone. Kade said he wasn't sure and that he would look into it. Crickets...…. No more messaging, and their profile was gone. They had vanished. No message to say goodbye, or fuck you, or anything. Just gone.

Fast-forward to our last trip to Colette's (about a year since we were supposed to meet them). Guess who we freaking bumped into! Kade and Penelope. Come to find out, she had had a freak out moment and decided she did not want to be on any websites or use kik. She only wanted to meet people in person at clubs and use regular old text messaging. He gave Pete his number and told him to hit him up in soon and we could try our date again. We hung out with them for a bit, danced, drank, and went our separate ways.

Pete texted him a few days later. He responded. They exchanged a few text messages and things seemed to be ok. About 2 weeks later, Pete texted him again to see about a date night. No response. As of today, still no response.