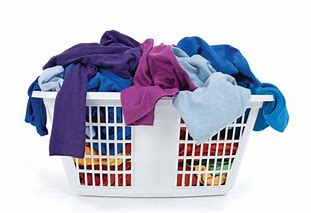 I sat in my tub last night soaking to help recover from Saturday night's shenanigans. I scanned my bedroom from this vantage point and saw the mile high pile of clean clothes that I laid across the bench in my room on Friday. I had been in too much of a hurry. So, now this ten minute job is still waiting for my attention.

I know I had ten minutes in that day somewhere, I just prioritized terribly. So, I sat there exhausted in my tub internally scolding myself. This seemingly insurmountable task on Friday was really more of a speed bump. Now, it is probably tenfold the work and time. I'll have to break out the iron for somethings and completely rewash others. I loathe wrinkles.

I mental face palmed knowing I am already behind in laundry for next week. I chose to grow my marriage on Saturday into Sunday, which means I didn't finish the laundry and what I did get clean, I will have to readdress. I don't regret for a second spending time dating over chores. But, had I completed that pile, I would not be so far behind.

Q: What in the hell does this have to do with swinging? Why does gazing at the laundry from my tub make my brain delve into the Lifestyle?
A: Probably because my intimate parts are still feeling our latest night out. But also because it totally relates.

The night before NIN, we drove into the city to meet new friends who we'd been chatting with for almost four months. They arrived that afternoon and checked into the Astor a day early. We were so worried we would miss each other at NIN, we decided to take full advantage of their early arrival and have dinner before the madness started.

Well, dinner went even better than imagined and we headed to the Carousel bar for drinks. While we were there, Pete kissed our new friend. I did not care that he kissed her, I cared that he'd chosen this public place near our home to make his move.

Full disclosure:
1. I've lived here my entire life and my parents were VERY active in our community. They know everyone and everyone knows them. It is not a strange thing for me to hear, "Hey! You're so-and-so's kid! How are your parents!?" All of those people have kids who are my age and we all know each other. I see someone I know every time I go anywhere. This is a complete pain in the ass when you just want to pop into Winn Dixie in your jammies because you are out of coffee.... Now, this rarely happens in New Orleans, but it has. This leads me to part deaux:
2. I am a paranoid freak about being outed before I am ready. Like, I probably need therapy.

So, when he ignored all of the before mentioned disclaimer and kissed her, I got very upset. Fear is a powerful motivator to emotions.

Pete is not the normal guy. If you've read this blog, you know that. So "he probably did not realize this would bother you" does not really fly. He knew. We have talked excessively about how PDA at home or within 2 hours of hour home. It's a rule.

What did I do?

I sat there thinking through my options. I found three viable choices:
1. Talk it out with Pete asap
2. Inventory my emotions alone and see if I could get to a place where I was not upset and really move on.
3. Shove that shit down and cover it up with an "I don't give a fuck" attitude.

Obviously, two and three were out. I am incapable of "moving on" on my own. What does that even mean? *kicks dead horse once more* Three has been proven to have disastrous consequences.

So, unlike the laundry, I chose option one and dealt with it nearly immediately. I waited until we had a minute to ourselves and I told him that my feelings were really hurt, I did not want to deal with it this instant, but I would appreciate if he cut the shit. AKA the PDA. He apologized and agreed to do so.

On our way home - after a FABULOUS night - we unpacked my feelings. He acknowledged that there was a small amount of truth in my thought process and that he was wrong to cross this line without discussing it with me in advance. He also reminded me that the small amount of truth was comparable to the risk involved, meaning the actual risk of someone we know seeing us in a split second of PDA in New Orleans was really more like 10%. Not at all the 90% chance I had been fretting over.

Once I realized this was fact and my neurotic thinking was just that - neurotic, I decided this was a stupid reason to not enjoy myself. I giving up 100% of my freedom over a 10% risk. I worked for the next few months to align my habitual thinking and reactions with this new revelation.

Fast forward to Saturday. We met new friends in New Orleans for dinner and dancing. We ended up at a Latin bar on Bourbon. Mr. New Friend was dancing behind me and I leaned forward and exchanged an extremely passionate kiss with Pete. When he released me, I heard applause. I turn to my right to see 10 or 12 women cheering me on and yelling how lucky I was while pointing at my two guys. I flashed them a huge smile, turned around, and kissed Mr. New Friend. They went nuts.

What does that have to do with my laundry? I did the work as soon as it presented itself. I did not let the hurt that I felt get buried under other emotions and wrinkle (fester would be a better word, but it doesn't really go with the laundry metaphor.) Because of this, I was rewarded with an extremely flattering and fun memory.

When we don't deal with problems head on, we only make things harder on ourselves. And since a relationship is at least two people (shout out to the poly crowd) - we also make it harder on everyone in that relationship with us.

I will totally procrastinate chores again. I will never procrastinate dealing with relationship problems as soon as it is acceptable to do so. I almost lost this amazing man the last time I did that. I won't risk it again. (see blog post #1 for the beginning of that story).