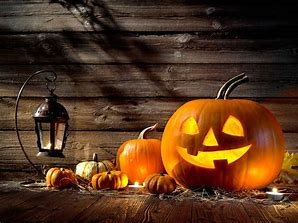 Halloween is totally my favorite time of year. I am obsessed with costumes. Probably a bit over the top, but we are all allowed to enjoy certain parts of life a little more than we should, right?


This year we will be celebrating Halloween with VooDoo Fest and after that, who knows... Colette's? Hells Gala? Bourbon? No telling, but we will be out in full costume!


Last year, our only plans for Halloween was the Ed Sheeran concert (which was AMAZING). And then we virtually met our friends Nick and Bailey on a dating website. We had been chatting with them off and on for a few weeks when they told us they would be going to Colette's for Halloween. We decided we would go, too. They were meeting another couple and we did not want to impose, so we just told them we would wave, put a face with a name, and move on.


As we made our way to the bar to hand over the alcohol, I am attacked by a chick in an Indian costume. It was Bailey! She gave me the biggest hug and motioned for Nick to head over. She moved on to Pete and Nick came in for a hug with me. She told us that her friends were there, but they had brought a few extra ladies. We misunderstood the "meeting a couple there." They were not THAT kind of friends. So, she pulled us out on to the dance floor with their group.


We drank and danced. And danced and drank.


If you are reading this from somewhere other than my little corner of the world, you have no idea what the inside of Colette's NOLA looks like. The second story is where the effing happens. So, that's for later. The first floor is basically divided into two sections, a dance floor with a pole and a sectional and then a sitting area with couches, high top bar tables and a bar that is about 4" wide. Across from this is a long bar with stools all around. DJ booth is on the dance floor.


***Super side note, our bartender made up a fancy dispenser of lemon water every night. We all LOVED this. And for some reason, which she won't reveal, but I'm certain was not her idea, it is gone now. We really want that to come back, so if anyone knows anyone, can we make this happen?***


I have to take a second to tell you how much I love our life and one of the reasons why: We were all dancing near the sectional on the dance floor. It is really very cool to be hanging out with your husband, who is also your best friend in the entire world and experiencing dating together. We met these new friends and danced, flirted, kissed, made out and got to see the other's "game" from a third person view. I absolutely love this. But, I am a fan of watching, so....


Nick pretty much had my full attention. He is hot and hard and sweet and bearded. Could a girl really ask for much more? Nope. There's not. I'll reference that beard later in a blog about our first full swap. But, I'm not to give too much away now.


Pete and I were not to a place in our adventure to cross the full swap boundary. Nick and Bailey were both aware of our boundaries. We communicated that to them early in chat. We were new, there were lines we weren't ready to cross, and they were ok with staying within these lines. So, we stayed in our little spot on the dance floor swapping dancing and kissing partners and enjoying our new friends. We were also really enjoying our newly found freedom. We suddenly had a freedom to be ourselves, our raw sexual selves, and it was fun.


I needed a refill, so we headed to the bar, where I bumped into someone. I rattled off my typical, "I'm so sorry!" as I turned toward her. She was gorgeous! She told me it was not a big deal, she liked it, and then she smiled. I introduced myself. She told me her name was Jenny. She and her husband, Eric were visiting New Orleans and decided at the last minute to come. We already had stuff in common!


She motioned for Eric to join us. He was very easy on the eyes. We hugged "hello" and chatted for just a bit. The four of us hit it off after the first few sentences and we headed back out to the dance floor with two new friends.


After not much time, we decided to check out upstairs. We had briefly visited the second floor right after arrival but headed back down to rejoin Nick and Bailey. Eric and Jenny had not yet ascended the stairs.


There is a curtained hallway leading to this playroom. When people first told us about the club, they told us that to get to this hallway, you had to strip naked. That may be the rule, but I’ve never seen it enforced. So, we continued our fully costume-clothed selves to the group room. The room consisted of a couple of beds and positioning pillows and chairs. Everything was covered in naked bodies. We moved back away from the door to let some other patrons enter the room. We leaned against the wall and chatted for a few minutes.


Before long, Pete and Jenny were in full on make out mode, and wouldn’t you know it, so were Eric and I. Ladies, let me tell you, Eric has magic fingers, and it didn’t take long until we had a flood on the floor. Pete and Jenny halted their interaction and looked our way and laughed. And that was the end of that.


We headed back down the hallway and opted to take the elevator this time. This is the scariest place in the building, but we made it out alive! After a bit more dancing and drinking, we called it a night. Contacts were exchanged and we said goodnight to our second new friends of the evening.

I can’t wait to see what we do this year and how much fun we have doing it!